What Challenges Are Common After Fire Damage Incidents? 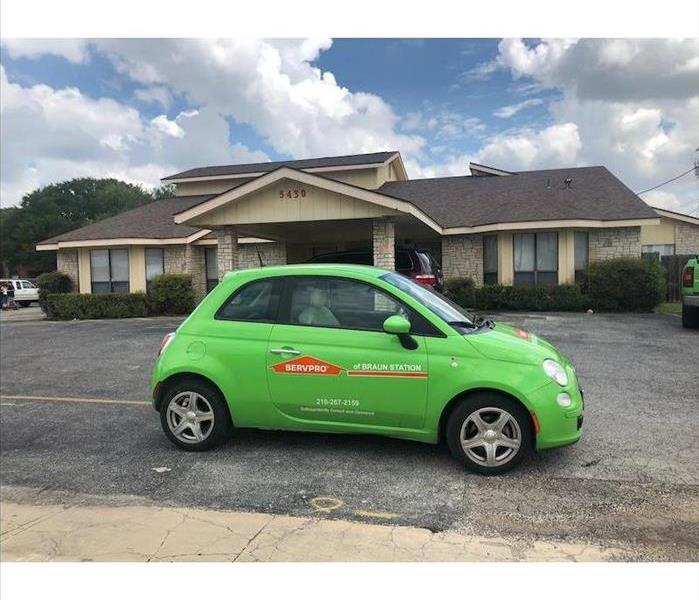 The situation can feel quite overwhelming when your property is affected by fire damage. Contact SERVPRO for effective remediation services.

The name San Antonio has a lengtheir history than the city, which was founded in 1718. The area was named on June 13, 1691, the day a Spanish expedition found the river they called Rio San Antonio. The name was also chosen because it was the day of the feast of St. Anthony of Padua. The records of the naming came from Father Damian Massanet and the leader of the expedition, Domingo Teran de Los Rios, who mentioned in their journals about the event.

Although San Antonio has expanded and undergone various changes since its establishment, some of its original neighborhoods remain unchanged. For instance, La Villita is the City's oldest neighborhood tucked away on the southern bank of the San Antonio River Walk. It features past architecture such as Texas Vernacular limestone buildings and Adobe Structures. La Villita is a historic district listed in the National Register of Historic Places. Some of the notable structures in the area include:

Fascinating Things to Do in San Antonio

The Alamo is famous because of the battle that happened at the mission and the crucial role it played in securing Texan independence. An army of 3000 Mexicans attacked the Alamo and killed all the defenders leading to the rallying battle cry "Remember the Alamo!" in future clashes. Visiting the Alamo is a great way to learn why such missions were constructed and get a detailed account of the battle.

The fascinating caves have large open areas and narrow passages in some areas. They are called bridge caverns because, at the entrance, there is a sixty-foot natural limestone slab spanning the amphitheater setting. The span formed after a sinkhole collapsed below it. Apart from the visual appeal, another unique aspect about the caves is that temperatures are constant at 70°F, all year round.

The Pearl is a historical yet trendy district of San Antonio. The immediate attraction in the area is the lovely restored buildings. However, unique shops and eateries in the area offer superb cuisine. During weekends there is a lively Farmers Market that attracts vendors from a 150-mile radius of the city, offering the opportunity to try sauces, fresh produce, baked goods, and other specialties.

The main effects of fire, such as deterioration of materials from heat or flame action, are readily apparent. However, some issues might remain hidden, and if you do not exercise proper caution during the renovation, such cases might be overlooked. Some of the typically challenging matters include:

When SERVPRO embarks on the restoration process, we do a thorough evaluation to determine the problem's extent. For the soiling-related issues, we use various cleaning approaches, including dry and wet cleaning methods. For structural issues, we evaluate the damage to determine whether removal of the affected material is necessary.

SERVPRO of Braun Station has significant experience dealing with fire damage cases. Call us at (210) 267-2159 to help you restore your San Antonio property.